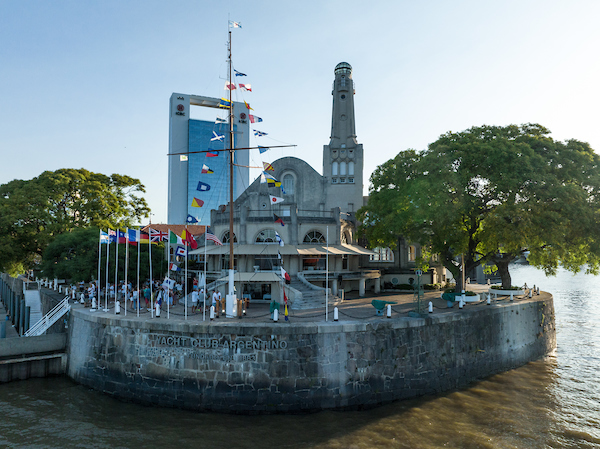 On Monday, November 28th at the Yacht Club Argentino’s Dársena Norte headquarters, the Moth World Championship 2022 was inaugurated. This first world championship of foiling classes in South America will have the participation of thirty-nine boats from nine different countries.

During Sunday and Monday, the corresponding measurements were done and at 6 p.m. the official opening ceremony was held in front of the iconic main building of the Club.

Dr. Donatella Cannova, Cultural Attaché of the Italian Embassy in Argentina and Director of the IIC, with her husband Larry Ogundiji, also attended the event. On the side of the Yacht Club Argentino, Commodore Alberto Urani and the president of the Dársena Norte Headquarters, Santiago Pinasco, were present, as well as several members of the Board of Directors.

On Tuesday the regattas of this notorious event that will go down in the history of South American sailing will begin.